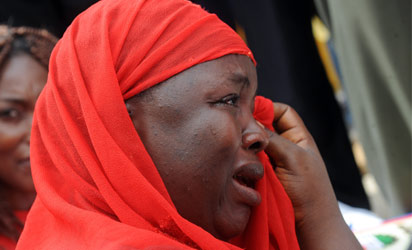 A few years ago a Nigerian client came into my office requesting that I file a Political Asylum case on their behalf.  Having no knowledge of the country conditions, I was appalled at the news I found.  Front pages of newspapers from all over the world showed dead bodies strewn on the street, young boys with machine guns standing over dead bodies, be-headings of women and children- absolute horror.  But the American public has no knowledge of these terrible occurrences; recently the “Bring Back Our Girls” campaign shed some light on the worsening conditions of the country, but such has since subsided, and Americans again turn a blind eye to the mass destruction, corruption and killings in this rich African Nation.

There are multiple battles occurring on Nigerian soil daily:

1) The insurgency in the Northeast of militant terrorist sec Jama’atu Ahlis Aunna Lidda’awati Wal-Jihad, better known as Boko Haram (which translates to “Western Education is forbidden”) (site: Country Reports on Human Rights Practices for 2013, http://www.state.gov). Casualties and human rights abuses associated with Boko Haram attacks continue to escalate. In 2013 the President of Nigeria was forced to declare many states of Nigeria in a “state of emergency,” and was then required to extend said state for another six (6) months in November 2013.

The violence associated with the Boko Haram is palpable, including but not limited to killings, bombings, abduction and rape of women, destruction of property, vigilante killings, and infringements on basic human rights.

Unfortunately due to government corruption, many assailants walk away scott free, including one incident where a former governor was convicted on six (6) counts of corruption and later pardoned by the President.

2) Arbitrary or Unlawful Deprivation of Life by government officials- the government and its agents committed numerous arbitrary or unlawful killings in 2013 by military, paramilitary, national police, and other security forces.  Authorities, in general, do not hold any of these agencies accountable for the use of excessive or deadly force, or even for the death of people in custody.

3) Recent Illegalization of Same-Sex couples- Consensual same-sex activity is illegal under federal law and punishable by prison sentence of up to fourteen (14) years.  In the northern states,   adults convicted of engaging in same-sex sexual activity may be subject to execution by stoning. On December 17, 2013, the Senate passed a “Same Sex Marriage (Prohibition) Bill,” indicating that supporters of LGBT rights, including individuals who support gay clubs, societies, or meetings will be given a sentence of ten (10) years in prison.

Therefore, not only are members of the LGBT community chastised by the government, but because of the government backing, the general public is abusive and discriminatory against those in same-sex relationships, ending in severe physical abuse or death.

4) War over oil- Nigeria is a land which is rich in oil, and therefore major conglomerates have entered the land to exploit the locals by buying out their lands for little to no money and having said locals work the land to produce oil.  Although this does help the economy, the Nigerians have become tired of said exploitation which has led to an all out war in the Niger Delta between Nigerian Militant Groups and the Foreign Oil Companies. Truth be told that this war has been present since the late 1980’s, however, the problem has merely escalated with time, causing more violence and destruction.  In September 2013 the President of Nigeria placed the Niger Delta on the “State of Emergency,” list, and it remains so presently.

Not only is the entire country in a state of war, but there are numerous civil and social wrongdoings daily, including, but not limited to, Child Labor issues, Gender Discrimination, Female Genital Mutilation, and the like.

So what is the answer you ask?  I’m not sure, but what I do know is that for Nigerian’s who are currently in the United States, now is a better time than ever to apply for Political Asylum.  Political Asylum is loosely defined as the persecution of an individual because of race, religion and/or social orientation, i.e. a member of the LGBT community; a Christian in the predominantly Muslim part of the country; a Muslim in a predominantly Christian part of the country. Said person must show proof that they are scared to return to their home country because of such discrimination, and that they themselves have been a victim of hate.

To discuss your options further, please contact us at: