Home Immigration Law Bring Your Fiancé or Spouse to the United States From Overseas…it seems easy, but do you know all your options?? 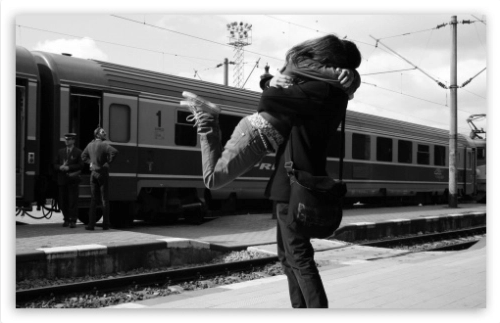 A majority of the clients who walk through our doors are United States Citizens wishing to bring their spouse or fiancé from overseas and wanting to know their options.  Each time I give them a detailed breakdown of the four ways in which to do so.  Not once did I think of typing it out and keeping it ready for their reference…until now.  Like all other areas of law, these are muddy waters, riddled with pitfalls and caveats, so you should seek professional counsel to help you through this process or your case could be held up for YEARS in Immigration or at the Consulate abroad, merely because you checked the wrong box or answered a question incorrectly.

But, here goes- the four ways in which to bring your spouse or fiancé from abroad in order of most desirable to least desirable:

The easiest way to obtain a Greencard for you future spouse is for them to come to the United States on a Visitors Visa, or Visa Waiver for the countries that qualify- UK, Canada, Austrailia.

Once they land in the United States, wait a minimum of ninety (90) days, then get married.  After you marry, apply for Adjustment of Status.

Timeline: About 6-9 months from date of filing your spouse will receive their Greencard.

Pros:  Everything is filed here in the United States which means that you, and your attorney, have much more control over the case.

Timeline:  Your Spouse should be expected to arrive in the United States, with a Greencard, about nine (9) to twelve (12) months after filing.

Pros:  This process is much cheaper.

Cons:  You will be separated from your spouse for nine (9) to twelve (12) months; you can go visit them in their home country, but they are unable to visit you.  Also, you will have a little less control of the case as the major decision making will be done at the United States Consulate abroad.

The only reason this option is third and not second is because the timelines often range.  The government came up with this option as many applicants complained about option #2, indicating that it was unhealthy for their new marriage to be separated for so long. In response, Immigration opened the K-3 option, in which the first step of the marriage based filing would be filed in the United States, approved, then sent to the United States consulate abroad; at that time the Consulate would issue a visa that allows the Spouse to come to the United States and file the second portion of the visa here in the United States, thereby uniting the couple sooner.

Timeline:  As indicated above, the timeline varies, but in an ideal situation one would receive their K-3 visa is 4-5 months, then arrive in the United States and obtain their Greencard in about six (6) months.

Pros:  The couple should ideally be separated for only four (4) to five (5) months, thereby allowing the Spouse to close up their affairs in their home country and then make the permanent move to the United States

Cons:  The timelines can vary, I have seen it take as long as eight (8) months to get an approval, at which time the Applicant feels as though they have wasted their money and should have just gone with option # 2.

This one is pretty self explanatory with the title.  You file for your fiancé to come to the United States, then once they arrive you marry them within sixty (60) days, after such time you file for their Greencard.

Timeline:  six (6) to eight (8) months to obtain the fiancé visa, once your Spouse arrives you marry then apply for the Greencard which will take another six (6) to nine (9) months.

Pros: Allows your fiancé to wrap up their affairs overseas before moving the United States permanently. Unlike options 1, 2, 3, does not require you to marry your spouse before applying for immigration status, thereby giving you a grace period to make up your mind as to if this is what you really want.

Cons: The Government does not usually like to issue these visas, from personal experience I find that the Consulates abroad question these applicant’s more so than any other visa, apart from F-1 student visas.  Also, this is not a short process, and requires an extra filing fee (and attorney fee) for the processing of the fiancé visa, over and above the general Greencard application.

We hope that this information has been useful to you.  Please remember that timelines in these types of cases are very sensitive and you should speak with a trained professional before moving forward so as to avoid any problems in your case.  Fee free to contact our office if you have any questions!

Tags: immigration law
Previous Post Want to hire a Nanny, Au Pair, Cook or Housekeeper from overseas (and do it legally)? Here’s how!
Next Post **ATTENTION DREAMERS** Deferred Action for Childhood Arrivals (DACA) Extension Applications Are Being Processed